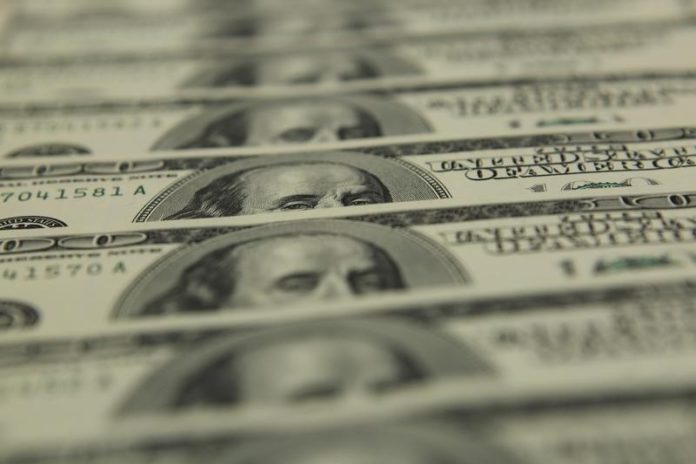 nvesting.com — The dollar was slightly lower in early trading in Europe Monday, as risk assets around the world benefit from last week’s events that included an encouraging start to earnings season in the U.S. and further signs that the Chinese economy is regaining momentum.

The , which measures the greenback against a basket of six major currencies, was at 96.480, down 0.1%

The dollar came under attack again from the White House at the weekend, as President Donald Trump renewed his attacks on the Federal Reserve via Twitter, blaming it for slowing growth and damping stock prices by tightening monetary policy.

Trump’s repeated attacks on the Fed go starkly against the convention of letting it conduct monetary policy without political pressure, making it harder for the central bank to raise interest rates, even if it were minded to. Its own data suggest policy makers don’t intend to tighten policy any further this year after halting a process of balance sheet reduction in September.

European Central Bank President Mario Draghi said at the International Monetary Fund’s meeting on Saturday that he was “certainly concerned about central bank independence,” and especially “in the most important jurisdiction in the world.”

There have been recent signs that the administration is trying to put its stamp on Fed policy by nominating Trump loyalists to the Fed’s board. However, Republican senators signalled last week they weren’t prepared to support Herman Cain, one Trump ally mooted as a future Fed governor.

Draghi and other ECB officials were also cautiously upbeat about a recovery in the Eurozone economy in the second half of the year, something that economists say looks more likely now that the Chinese economy appears to have stabilized. Analysts at Nordea Markets said on Sunday they’re now targeting at $1.1650.