There had been some optimistic wires flowing through from the top negotiating officials on Friday from the likes of Trump and China’s vice premier Liu He both using the same language, that trade talks had been  “constructive” and there were grounds for “cautious optimism”.

However, over the weekend, we have a Global Times report entitled, China will never concede on `issues of principle’ – Global Times. China’s vice premier Liu He is reported to have said that China is planning how to retaliate.  According to the Chief editor at the Global Times, Hu Xijin, reporting on Twitter, Liu He has listed three concerns that must be addressed before talks can move forward. 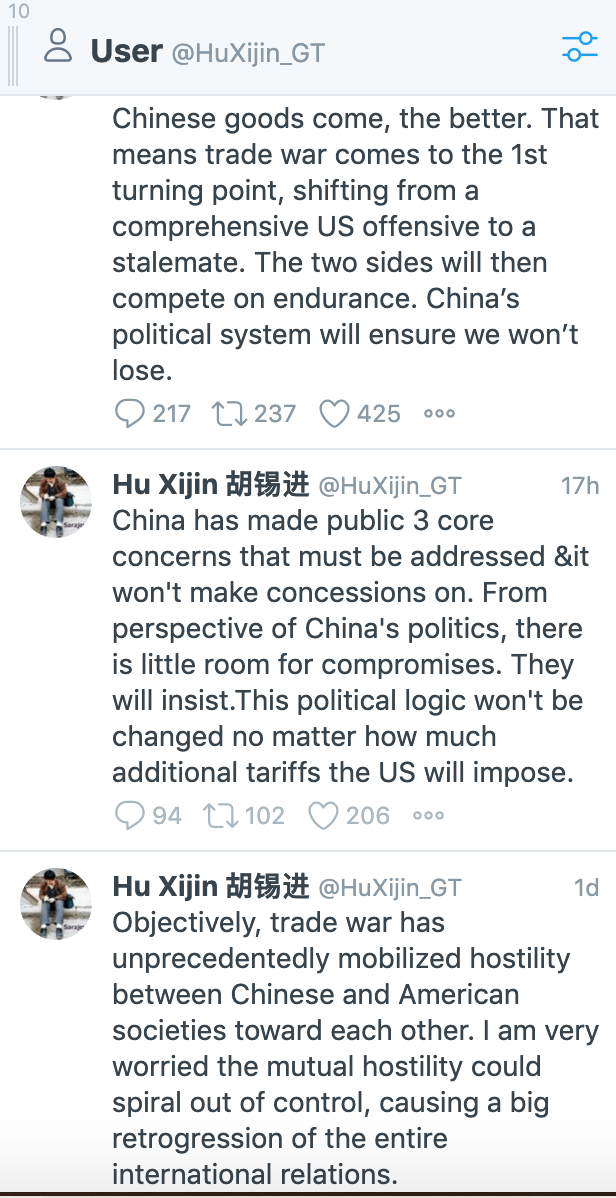 On the other side of the trade war negotiating table, following the weekend’s earlier tweets:

Trump has been making recent comments on trade as follows: 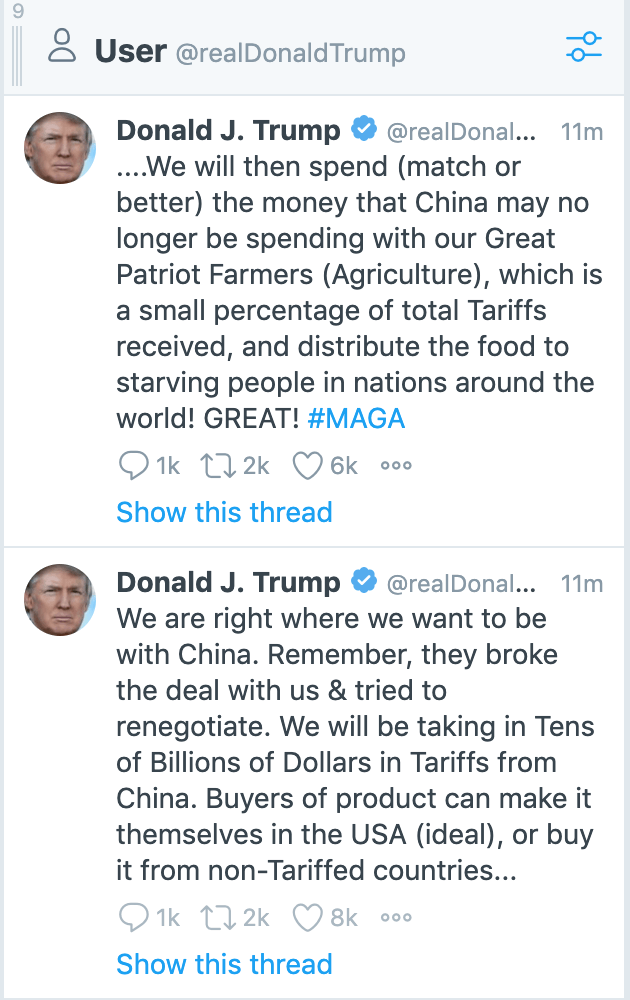 The US Dollar Finally Succumbed To All The Pressure This Morning

Gold Prices Could Bounce Higher In The Short Term

Carney speech: Global trade imbalances will not be solved by new...